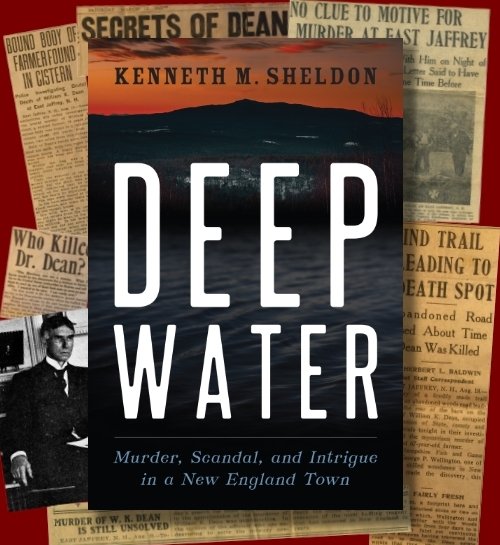 Author Ken Sheldon will read from his latest book, Deep Water: Murder, Scandal and Intrigue in a New England Town, on Thursday, November, at 7pm at the DubHub. Ken will also available to answer questions. Admission is free. Books will be available for purchase and autographing by the author.

In the waning days of World War I, William K. Dean was brutally murdered, his body hog-tied and dumped in a rainwater cistern on his farm in the quiet town of Jaffrey, New Hampshire. Was the murderer his wife, suffering from dementia? Was it his best friend, a politically powerful judge? Or was it a former tenant, suspected by many of being a German spy? Kenneth M. Sheldon will read from Deep Water – Murder, Scandal and Intrigue in a New England Town, the first in-depth examination into the murder and its aftermath in the town of Jaffrey.